In the heart of Brașov City! 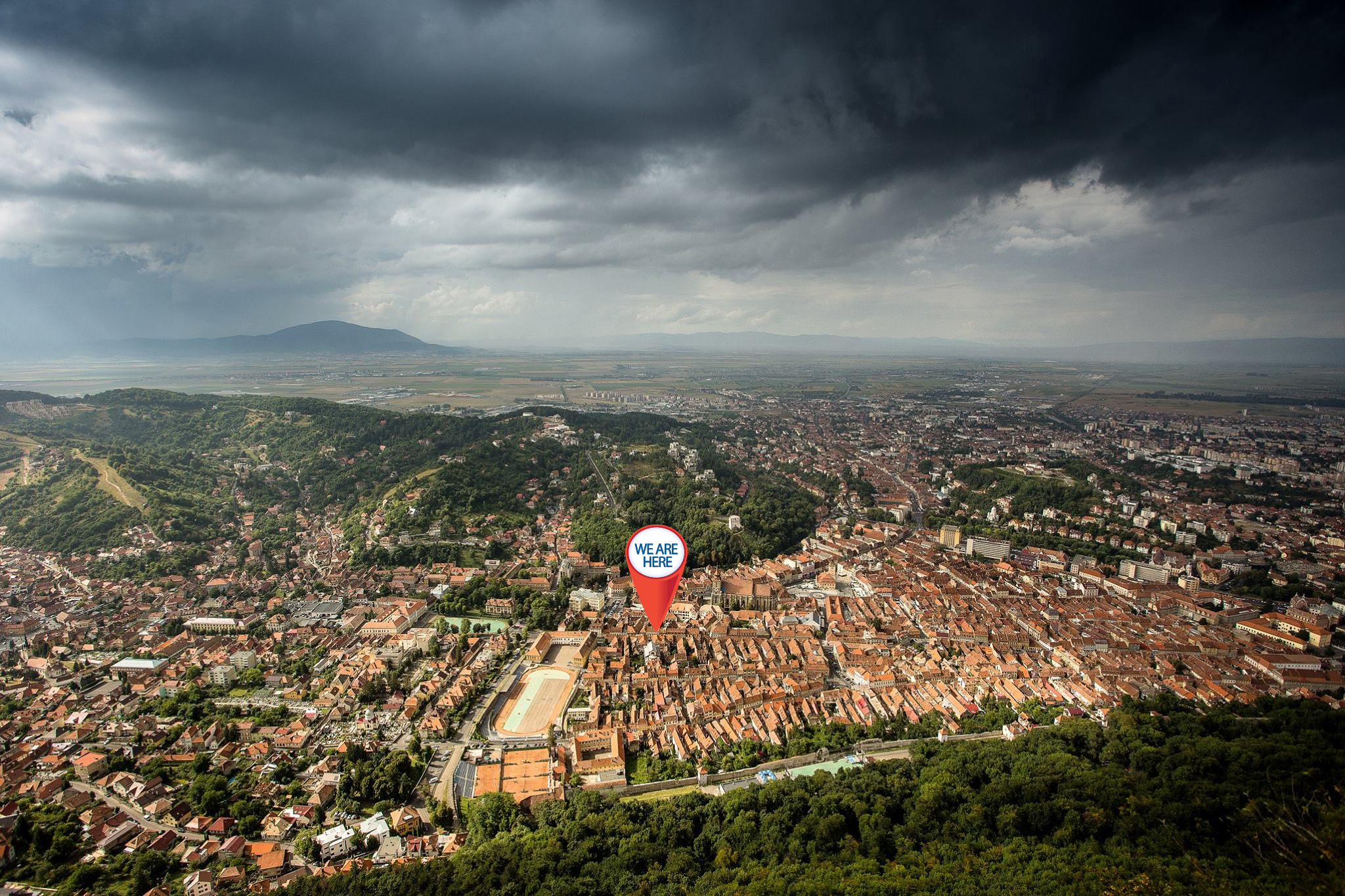 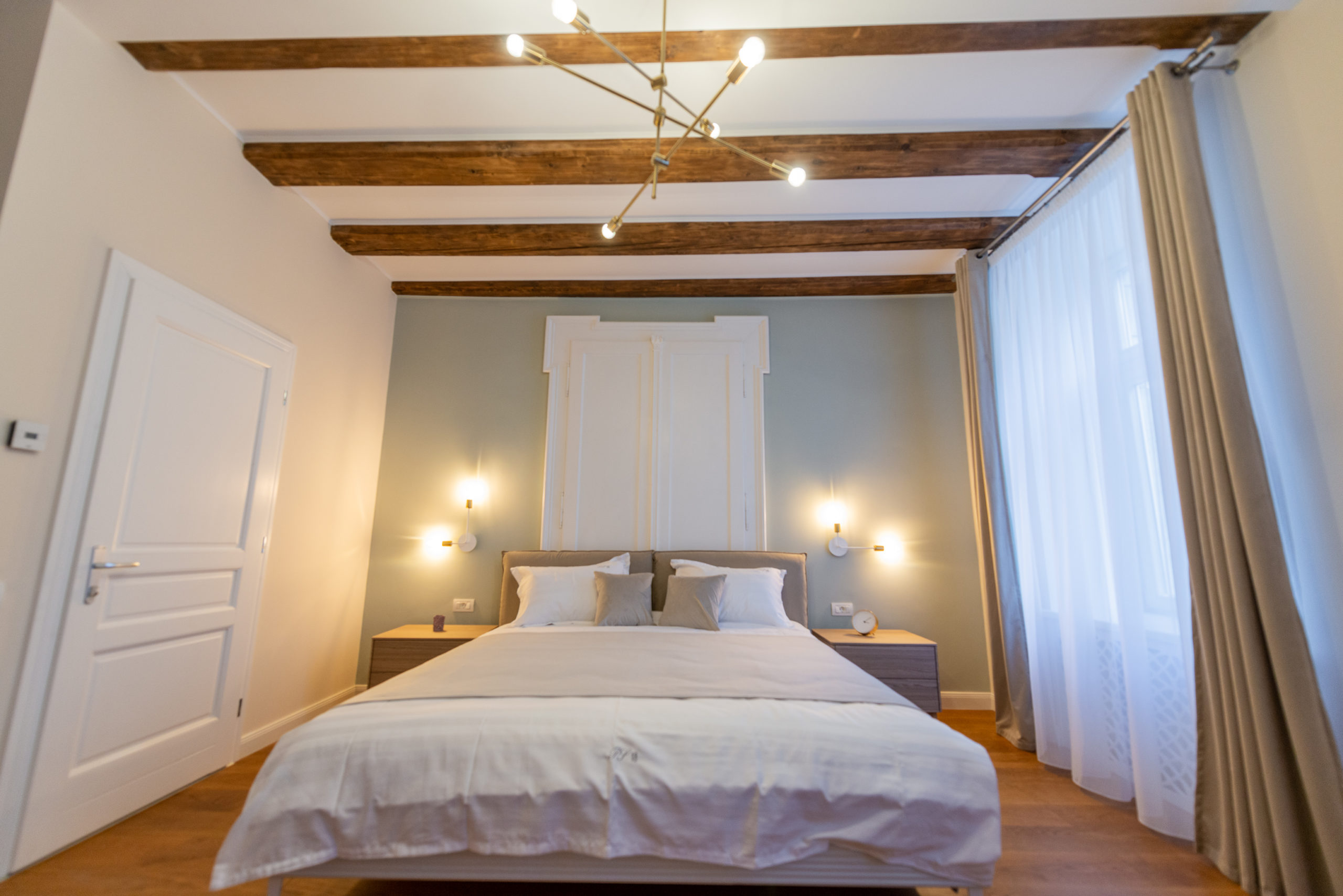 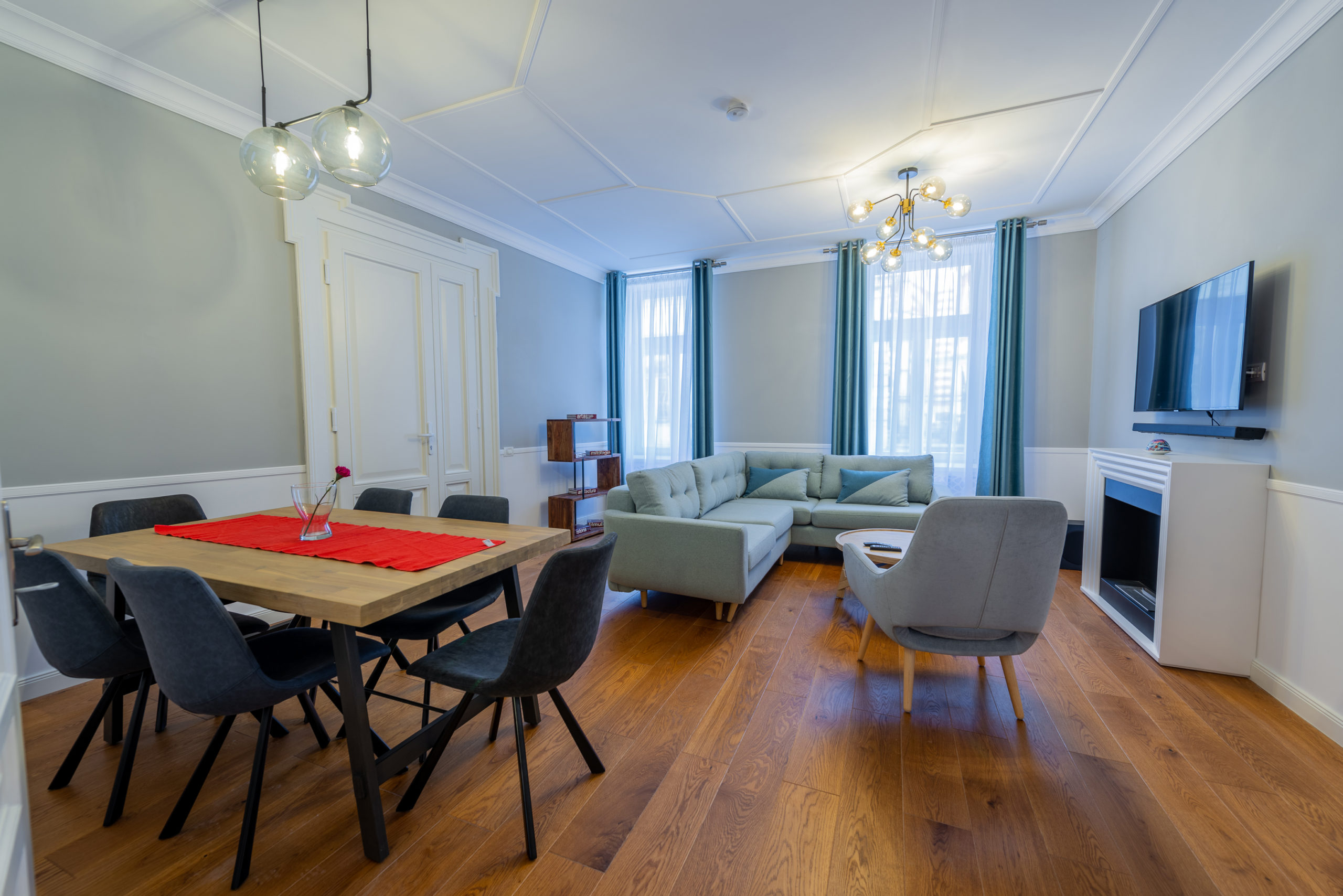 „Poarta Schei 18” apartment is born from the desire to promote one of the most beautiful and history-loaded cities in the country. We have tried to provide as central as  possible starting point in the Brașov exploration journey, which is also found to be peaceful and relaxing after a long day spent discovering this charming city. Thus, the apartment is located in Poarta Schei Street, at 50 yards away from the homonymous gate and the Catherine Gate, across the Neolog Synagogue, just 2 minutes by foot from the Black Church and the famous ″Sforii Street″, 5 minutes by foot from the Council Square (Piața Sfatului) and the area called <După Ziduri>, 10 minutes from Tâmpa Mountain and Bastionul Țesătorilor (the Weavers Bastion). Other easily accessible sights are: The Cable Car on Tâmpa Mountain (1 km), the Aquatic Paradise (2.3 km) or Brașov’s Adventure Park which is near Brașov′s Zoo Park (6.6 km).

Inside the location, our guests will find a fully equipped kitchen, a big bathroom with shower, a sanitary group, rooms with natural wooden floors, ceramic tiles in bathrooms and kitchen, UHD TVs in each room, a 5.1 audio sound system and free wireless connection. The living room is wormed up by a fireplace with bioethanol, and the access in the apartment is by key card.

The apartment has also an inner courtyard fitted with outdoor furniture (a table and chairs). There are also facilities for disabled people: a wheelchair ramp, a walk-in shower and toilets with handles, interior spaces wide enough to allow the wheelchair handling) and facilities for families with babies (a wooden or travel crib, a baby dining chair). 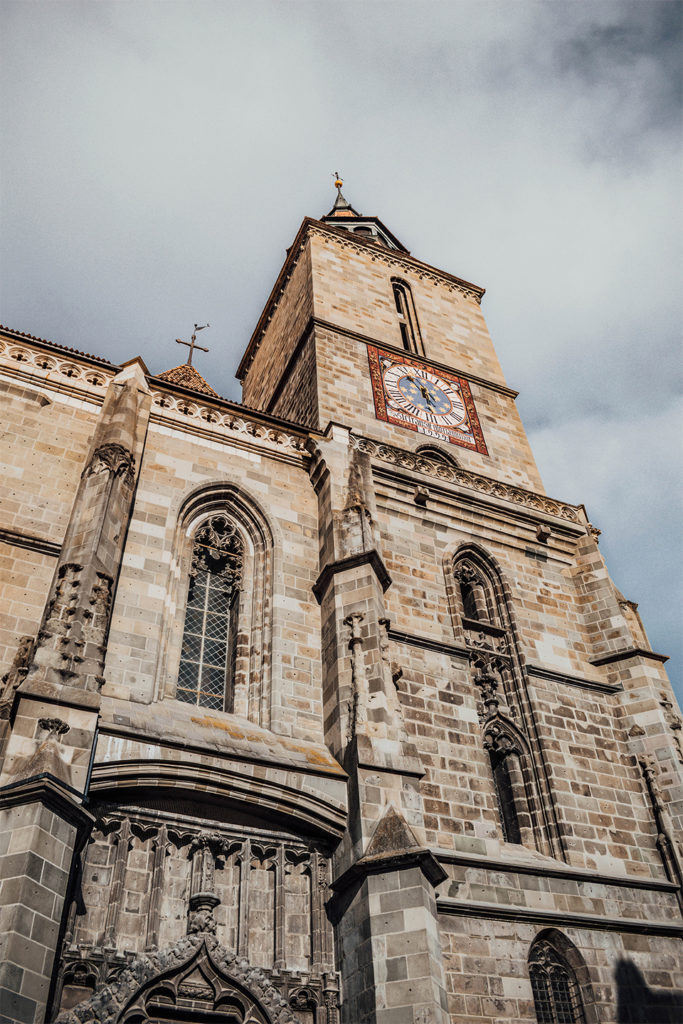 Located in the center of the country, Brașov City was and remains a bridge between material and spiritual values and an area of symbiosis between Romanian culture and the culture of the cohabiting nationalities.

The Brașov City (known as Ktonstadt in German language, Brassό in Hungarian language, Corona in Latin and mentioned on the ancient maps as Cron∫tadt, Brastovia or Braßov, as well as in the Transylvanian Saxon dialect as Kruhnen or Krűnen or, finally, Krînen) is the county capital city of the same named county of Transylvania, in Romania, and includes the cities of Brașov and Poiana Brașov.

The patron saint of the city is considered to be the Virgin Mary. Its statue is located on one of the buttresses of the Black Church, facing the Council House, with the coat of arms of Brasov carved below in relief.

Every year, in Șcheii Brașovului, on the first Sunday after Easter, that is, on Tomii Sunday, both the people of Brașov and the tourists attend the “Horseback Riding Day” as a unique traditional event. The Junii Brașov Parade is one of the most famous events that takes place annually in our city. Every time, thousands of residents and tourists are attracted to this show that takes place in the center of the old town.

The winter resort Poiana Brașov is located only 12 km away from the city center, with an infrastructure developed for winter sports.

Brasov is also known due to the International Festival “Golden Stag”. 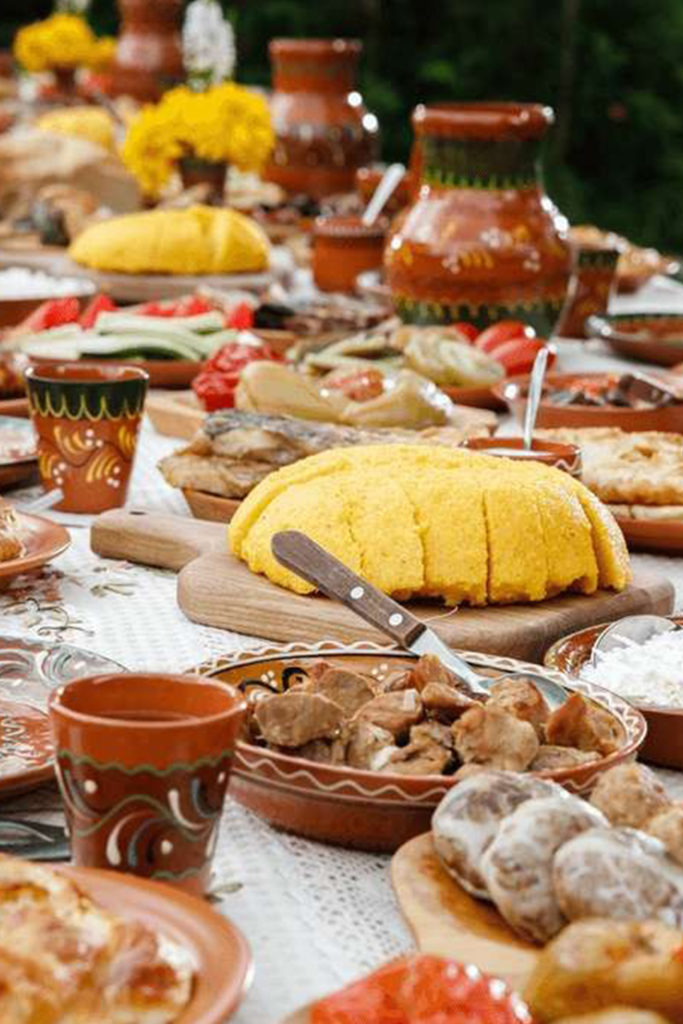 They say that nowhere in Romania you will find such a great culinary diversity as in Transylvania.

Great diversity of flavours and tastes

The Romanian cuisine has only benefited from the influences brought by the communities in this area. Saxon, Romanian and Hungarian tastes have blended/mixed in a unique way that we proudly promote today as the traditional Transylvanian cuisine. The traditional culinary recipes in this area have a unique taste, reminding of the specific life of the village, of the land worked hard by the peasants and the ingenuity in turning the fruits of the earth into a feast of tastes.

The specificity of Transylvanian cuisine

The surroundings of Brașov City 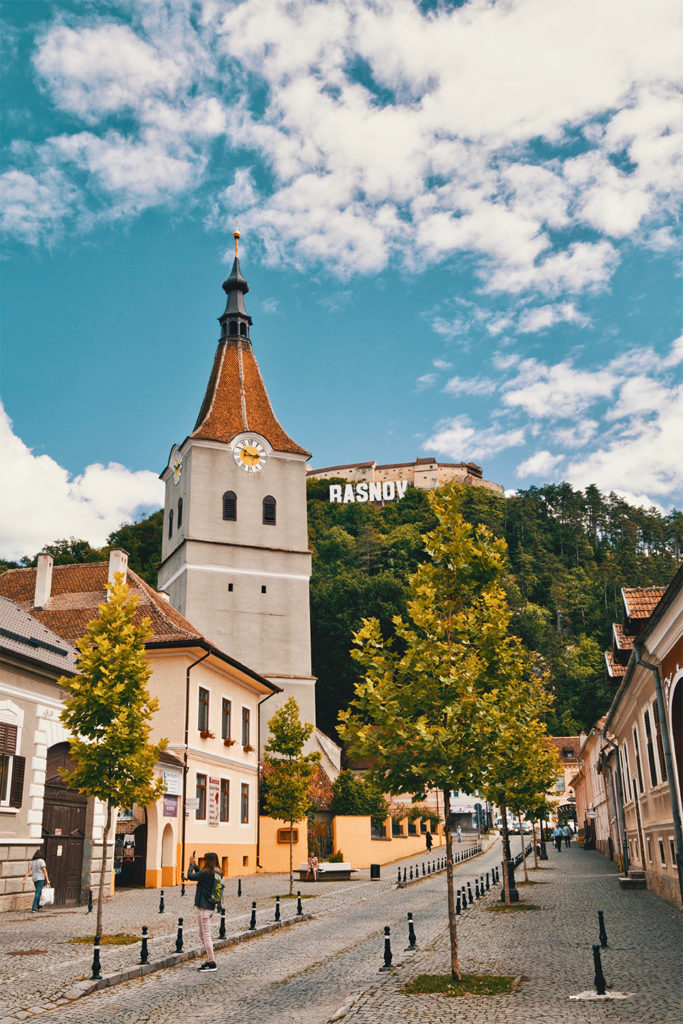 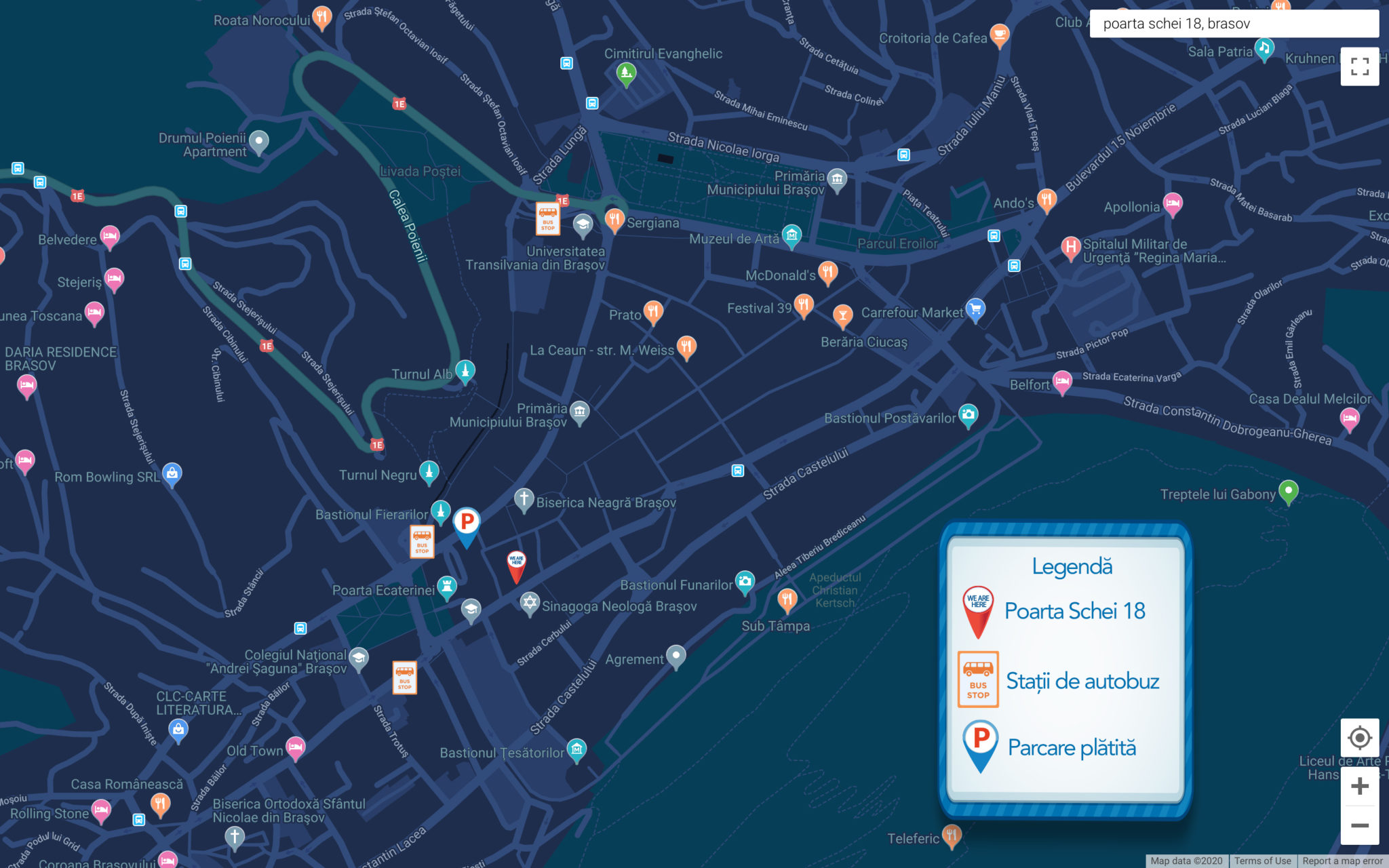